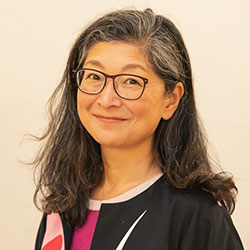 Sake is the elixir of the Japanese soul

Yoshiko Ueno-Müller, born in Tokyo, is committed to the harmony of European and Japanese culinary culture. Yoshiko Ueno-Müller is an IHK-certified sommelier, sake expert assessor (NRIB) and the first female, and the first person who does not live in Japan to pass the difficult "Master of Sake Tasting" exam. As the founder of UENO GOURMET and Sake & Shochu Academy Europe, she is committed to the Japanese gourmet culture and to train sake sommeliers. In October 2011, she was named SAKE SAMURAI by the Association of Sake Brewers for her services to the promotion of sake culture. She received the special award from the Foreign Office of Japan in 2015. Contact: ueno@japan-gourmet.com

Born in Lübeck, he has been enthusiastic about Japanese culinary culture since studying in Japan and is passionate about promoting it. The wine lover quickly recognized the value of premium sake and helped build the company Ueno Gourmet. To this end, he received further training as a wine consultant and sake sommelier as well as completing the Japan Sake & Shochu Academy, the WSET Level 3 Award in Sake and the Sake Diploma of the Japan Sommelier Association. Jörg Müller is now sharing his pleasure in premium sake and his knowledge of this traditional Japanese drink with other connoisseurs. Contact: mueller@japan-gourmet.com 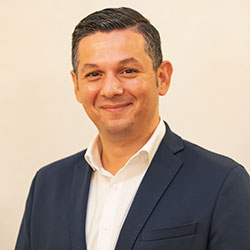 Born in Upper Franconia, with Greek roots, Christos grew up in hospitality business through his parents’ restaurant. His professional career as a sommelier led him to well-known restaurants such as "Ente" in Wiesbaden, ROKA in London and the Ritz-Carlton Hotel. Based on practical experience, he deepened his sake knowledge as a sake sommelier at the Japan Sake & Shochu Academy and WSET Level 3 Award in Sake. He is perfectly equipped to look after our restaurant, hotel and retail store customers, with staff training, sake list and sales shelf advise, sake pairing suggestions and the moderation and organization of sake food events. Contact Christos if you would like to include our products of Japanese culinary culture in your restaurant, hotel or even commercial business. Contact: christos@japan-gourmet.com 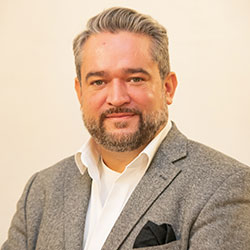 Sake is the highest thing that can be made of rice

Born in Lower Saxony, he's living and working in Berlin since 2003 and has been a restaurant manager and host for several years. He discovered his passion for high-quality sake at Michael Hoffmann's restaurant Margaux and wrote his first own sake menu in the Sra Bua by Tim Raue restaurant in the legendary Hotel Adlon. During this time he traveled to Japan to personally visit various breweries. Stefan is the contact person for northern Germany at UENO GOURMET. Contact him if you would like to incorporate our Japanese culinary culture products into your restaurant, hotel or retail business. Contact: stefan@japan-gourmet.com 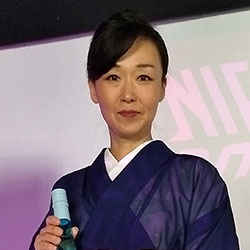 Good sake doubles our joy and divides our grief

Born in the sake brewery related family, Naomi is a big sake fan from early years. Her hobby is Kimono and Nihon Buyou (Japanese dance) and she likes to present sake in style. She always does her best to serve and present sake in an authentic Japanese atmosphere. She is a holder of WSET Level 3 Award in Sake. Contact: ito@japan-gourmet.com 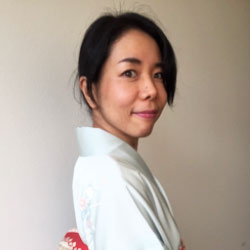 Born in Kobe, a city renowned for its sake, she was raised in a shinto shrine where sake was always part of the rituals. She married a French man and moved to France to discover and enjoy a new food culture. She then moved to Germany, with a new range for her palate to enjoy. This is where she started working for UENO GOURMET allowing her to reignite her passion for sake. She passed the WSET Level 3 Award in Sake and is now busy with enriching her knowledge while spreading the delicious culture of sake through UENO GOURMET. Contact: sayaka@japan-gourmet.com